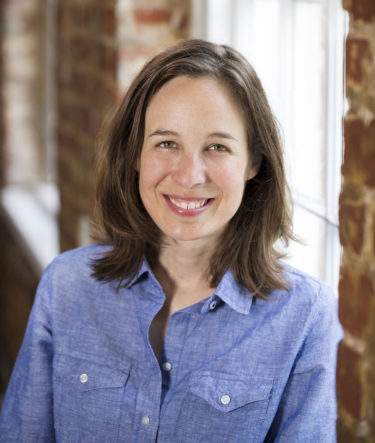 That was it…the moment Laurel Wider decided to do something about gender stereotypes for boys. Her son came home from preschool and made this declaration, something he learned at school, and Laurel’s heart sank. She didn’t want her son growing up restricted by gender stereotypes. As a psychotherapist and a mother, Laurel wondered what might help him (and other boys) to feel comfortable with ALL of his feelings.

Generally, when people think and talk about gender stereotypes, it’s about girls. However, boys face restrictive gender stereotypes issues as well. Laurel Wider has been a psychotherapist in private practice for over 12 years, with specialties in gender, relationships and identity formation, and she has witnessed many boys and men struggle to achieve impossible ideas of masculinity.

“Culturally, boys are raised to be tough and self-reliant, and I have seen this lead to isolation, depression and sometimes aggression,” says Laurel. “Even though I was aware of these harsh social expectations, I was floored when my own son began experiencing them.”

Laurel’s expertise as a psychotherapist and mother led her to the realization that gender stereotypes impact children early on, and that perhaps a way to reach young children and their parents was through toys, because children learn through play. However, when she began looking around, she saw a huge gap in the toy market. She observed that the only toys to encourage friendship and empathy were marketed solely to girls. A message was clearly being sent to many boys, and their parents, that this type of play is not for them.

Laurel’s “light bulb” moment then came to her: “I wondered…could a toy help boys learn to embrace emotions? I sought a common denominator that already resonated with many boys, and came to the realization that blending the adventure of an action figure with the emotional connection of a favorite stuffed animal would resonate with boys and promote social and emotional learning!” Using her passion and determination, Laurel launched a start-up, and Wonder Crew—dolls (yes, dolls!) for boys—was born!

She had a brilliant idea, but how did she make it a reality? While working full time as a therapist and parent, she entered into a business program in efforts to launch Wonder Crew. Launching on Kickstarter, she powered through the many challenges of manufacturing, distribution, customer service and more…and she came through it with glowing feedback from family, friends, customers, media, and even the White House!

The whole process has been very gratifying for Laurel. She’s always been drawn to gender equality, even back as a child when her favorite toy was She-Ra, Princess of Power, because she was a strong woman who could fight right alongside her brother’s He-Man! And now, to see her creation Wonder Crew being children’s treasured toys, is a phenomenal feeling. She remembers, “Soon after the first big shipment of Wonder Crew, I received so many emails from parents thanking me for creating this new play experience for their sons. Parents have expressed how excited they are to see their sons connecting, taking care of, and bonding with their Wonder Crew buddies. It’s been awesome!”

During the Toy Industry Association’s 2018 TOTY Awards (like the “Oscars” of toys), Wonder Crew Superhero Will won Doll of the Year! It was the first time a doll for boys had ever won such an award! Superhero Will was selected as the winner based on votes from toy retailers, media, Toy Association members and consumers. Laurel was very excited to receive such recognition: “It’s been incredibly humbling to stand side-by-side other nominees, but to win is beyond our wildest dreams,” said Wider.

Laurel lives Northampton, MA with her family, and continues to help develop Wonder Crew buddies and Adventure Pack accessories, while still running her own private practice. She enjoys helping enrich the lives of children and families, and engages Wonder Crew fans and parents regularly through social media. Hopefully now more little boys will grow up knowing that it’s okay to have a range of feelings and be their full selves.