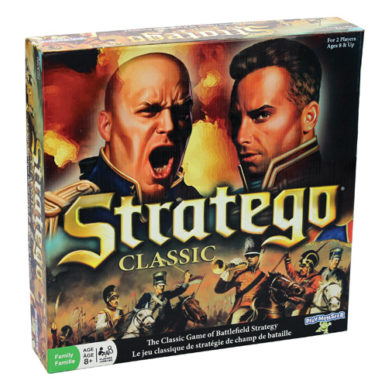 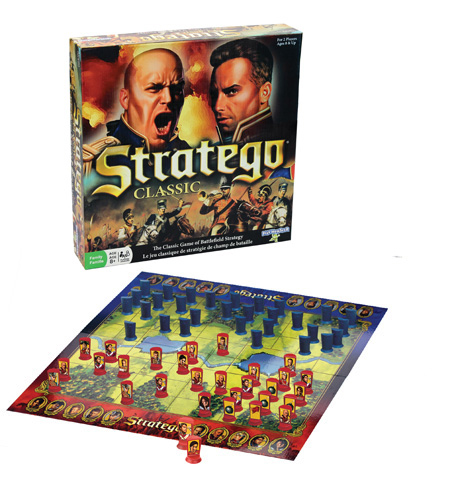 BELOIT, Wis. – PlayMonster has expanded its battlefield fun once again with Stratego® Classic! Prepare your armies to fight and capture the flag!

Stratego is the classic game of battlefield strategy that has sold over 20 million copies worldwide. For over 50 years, Stratego has thrilled strategy game fans by inspiring them to challenge an opponent and attempt to capture the flag!

The Royal Jumbo Group develops, manufactures and sells games, puzzles and toys. It also distributes several lines for other companies in its domestic markets. Approximately 130 people work for the Jumbo Group which has its headquarters in Zaandam, Netherlands with offices in Belgium, Germany and the UK – each selling to its own market. There is also an export department which handles sales to other parts of the world. To learn more about Jumbo, please visit http://www.jumbo.eu/

PlayMonster is a toy and game company that believes in the power of play to make a positive difference in people’s lives. Delivering great play value by designing, manufacturing and marketing quality products like the award-winning The Game of THINGS…®, 5 Second Rule®, Mirari®, Perplexus®, Don’t Rock the Boat™, Farkle, Chrono Bomb®, OK to Wake!®, Lauri®, Stratego®, Roominate™ and Wooly Willy® is how PlayMonster helps keep play alive for all ages.