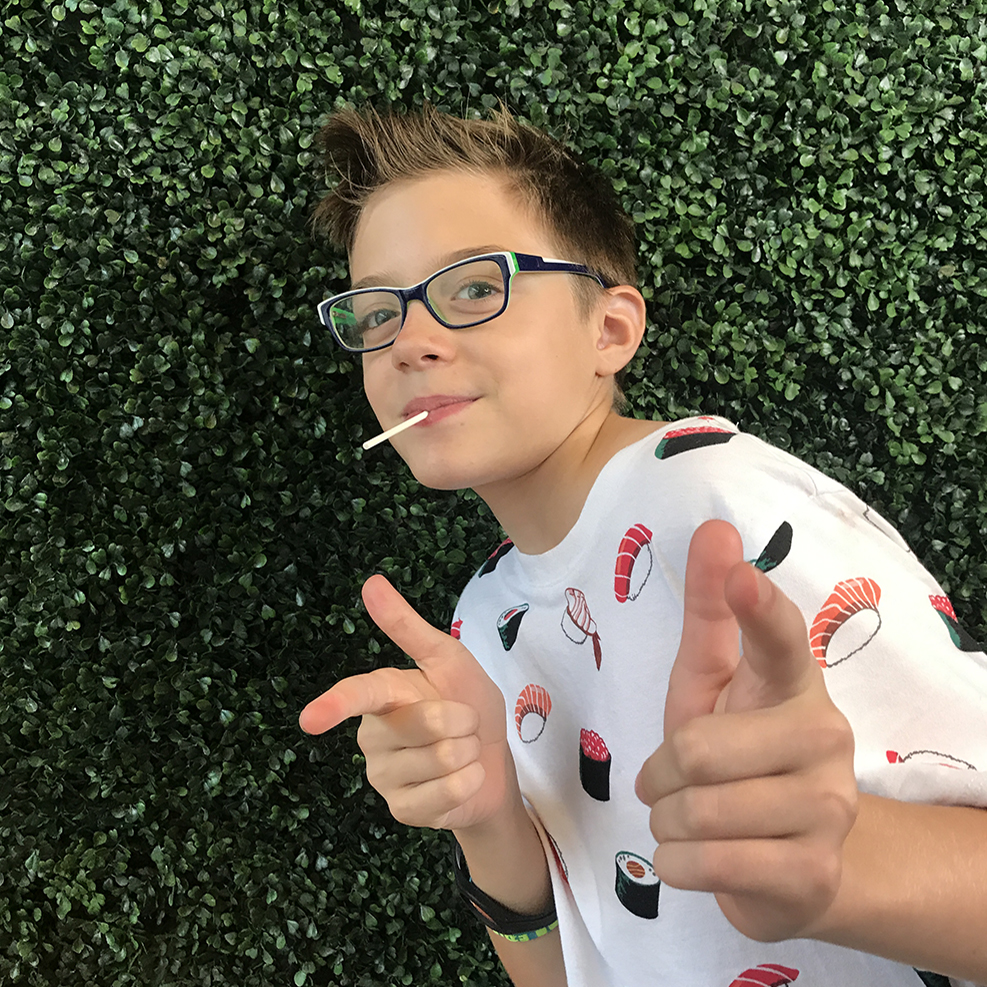 Like any kid, Edie enjoys a lot of the same things her peers do—playing sports, watching TV and spending time with her family. But, what sets Edie apart is that she has invented her own game that has made it to market! Not many grade-schoolers can make that claim!

What sparked Edie’s interest in creating a new game was hearing about the upcoming annual Young Inventors Challenge in Chicago during the ChiTAG event. It called for kids to create their own game and submitting a video to explain it. Then, entrants would go to Chicago and present their idea in person to toy industry leaders. This sounded like a fun and exciting challenge to Edie, and so she got to work!

Edie spent a lot of time brainstorming idea after idea after idea…until it finally came to her when she accidentally stepped in her dog’s poo! And just like that, Goo on My Shoe™ was born! We’ve all stepped in something gross: mud, garbage, goo…but not many people have been inspired by doing so! Sometimes the best ideas are just under your nose, or in this case…under your toes!

For Edie, having a good idea wasn’t the hardest part of creating a game…the hardest part was creating the rules and having a plan in place so everything was organized and fun! She was determined to create something that brought as much fun and laughter as her favorite game — 5 Second Rule! After lots of thought and work, and game testing with friends and family, she had a great game to submit for the Young Inventors Challenge. It was there that she impressed PlayMonster’s VP Product Development, and her game started down the path of production! Her game will now launch with PlayMonster in Fall 2019 on Amazon and in specialty stores! Edie’s friends and family, including her older sister, all love the game and are super excited for it to come out — maybe they’ll even get a chance to play it in Edie’s dream destination…HAWAII.

When Edie isn’t designing fun new games, you’ll likely find her watching TV (Stranger Things on Netflix is her favorite!) or playing basketball, hockey or softball. Edie’s love for sports started when a teacher let the class play fun games and tag in PE, and now that’s Edie’s favorite class! If that’s not enough activity for this 5th grader, when given the choice, Edie would spend the whole weekend at Six Flags, although growing older does have its perks as Edie is looking forward to being tall enough to ride ANY roller coaster! When Edie takes a break to relax, she enjoys drawing just like her role model, Bob Ross.